In my conceptual research for this project, I stumbled upon the concept of "ma." It is a Japanese concept that translates closest to "negative space." Because Rama Works incorporates both minimalism and Japanese culture into their brand, I decided to use the concept of "ma" to create the narrative for this trailer.

Pots are formed from clay, though the space inside them is the essence of the pot.
In the trailer for the Rama Works KOYU, the Rama 'X' breaks away from the keyboard, leaving a negative space that is the logomark for the product itself. The 'X' then drifts away from the keyboard as each custom part and feature is highlighted, celebrating the "make it your own" nature of the product.
The trailer is set in the weightless void of space, which is ironic because the first thing people notice about Rama keyboards, is their incredible weight and heft. 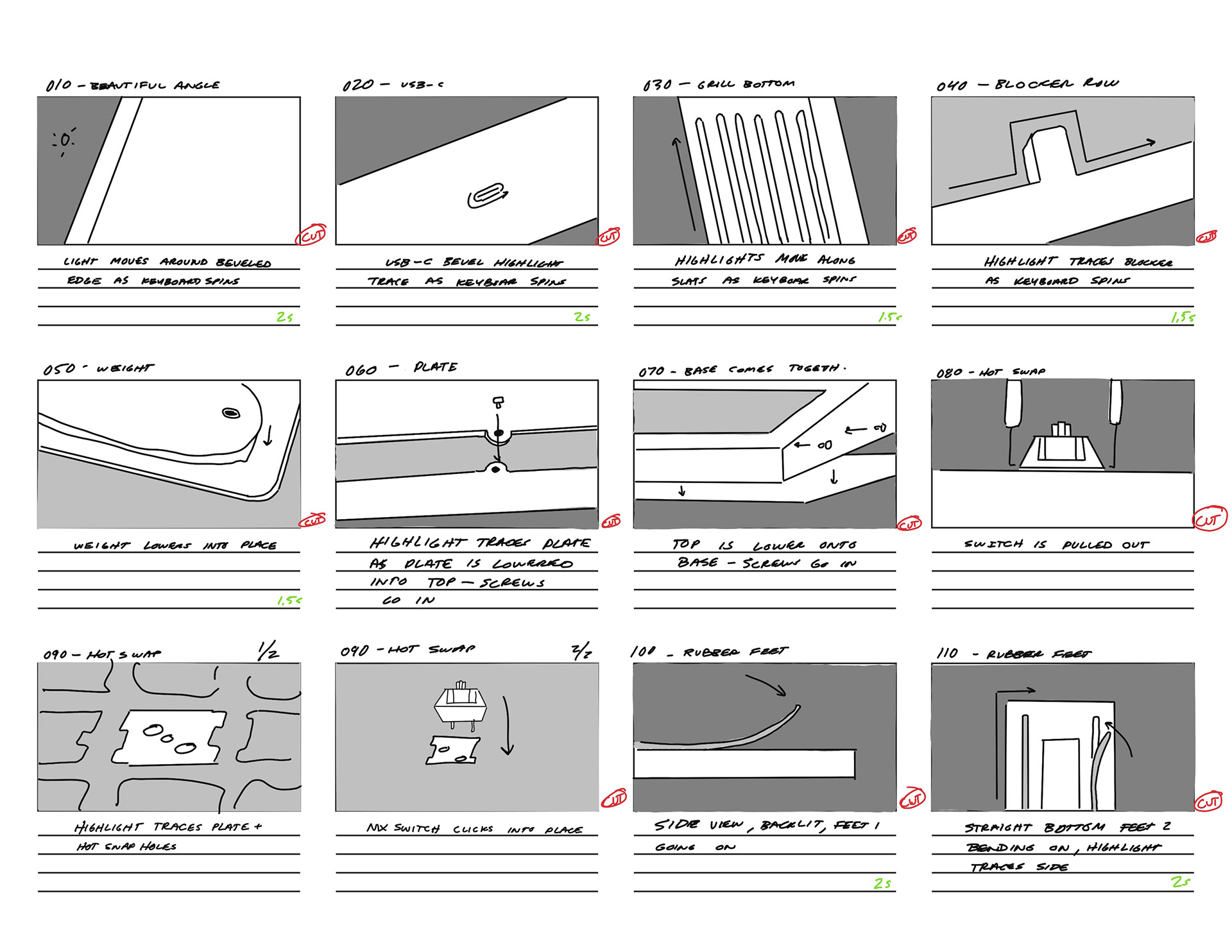 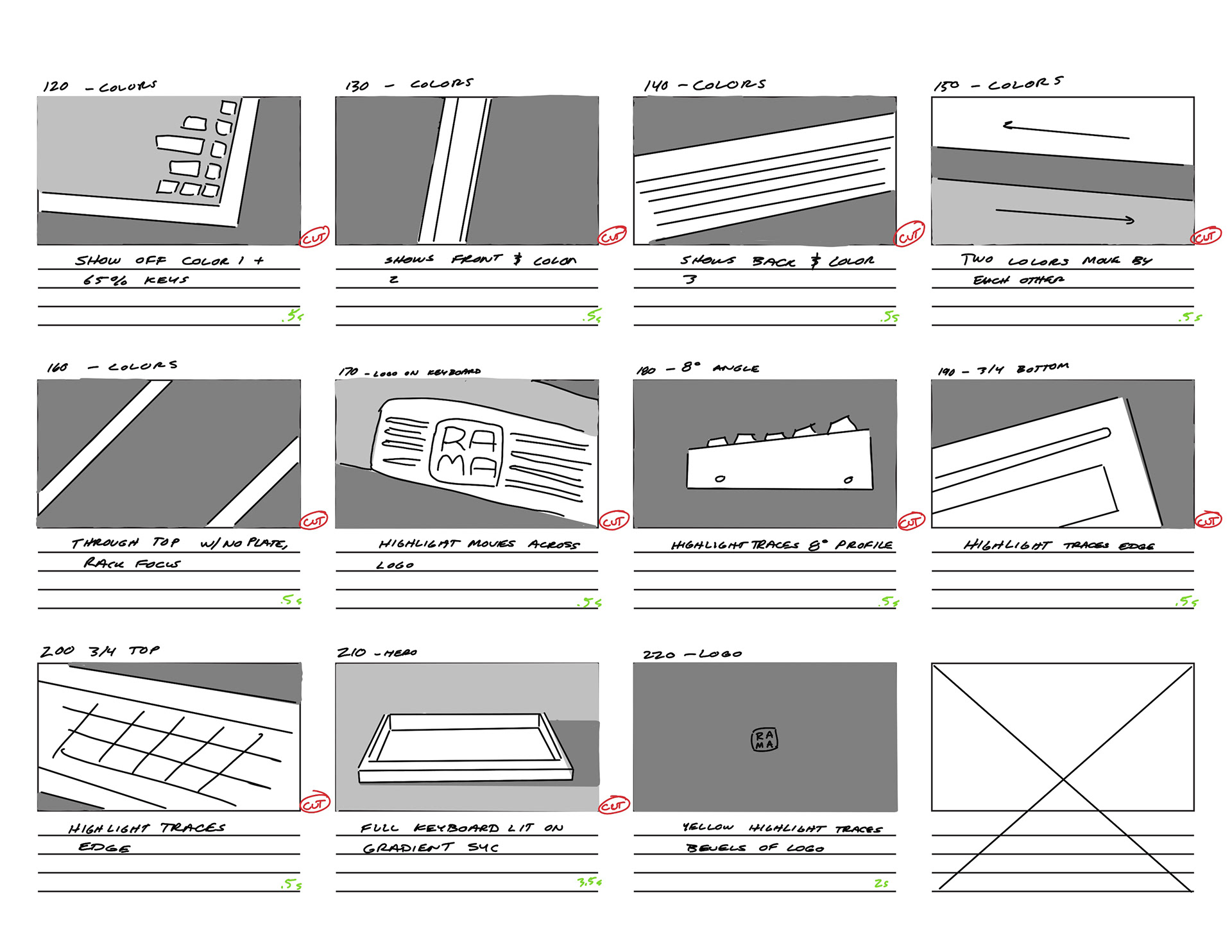 The story is simple, I wanted to capture the most rewarding part of owning a Rama Works keyboard;
Building your own custom keyboard.
From the conception of the trailer, I knew the sound design had to be incredible. The work that Another Country Detroit did on GMC for the 2017 North American International Auto Show really inspired me, so I asked them to do it again. Together, we took an assortment of Rama Works products and 'excited' them to record over 115 samples. Joe Philips and Jeremy Schemm took those samples, processed them, and turned them into the score and sound design for the trailer. The only artificial sound you'll hear is the brass saxophone, everything else was created from the library of samples we extracted from the products Rama Works sent us. 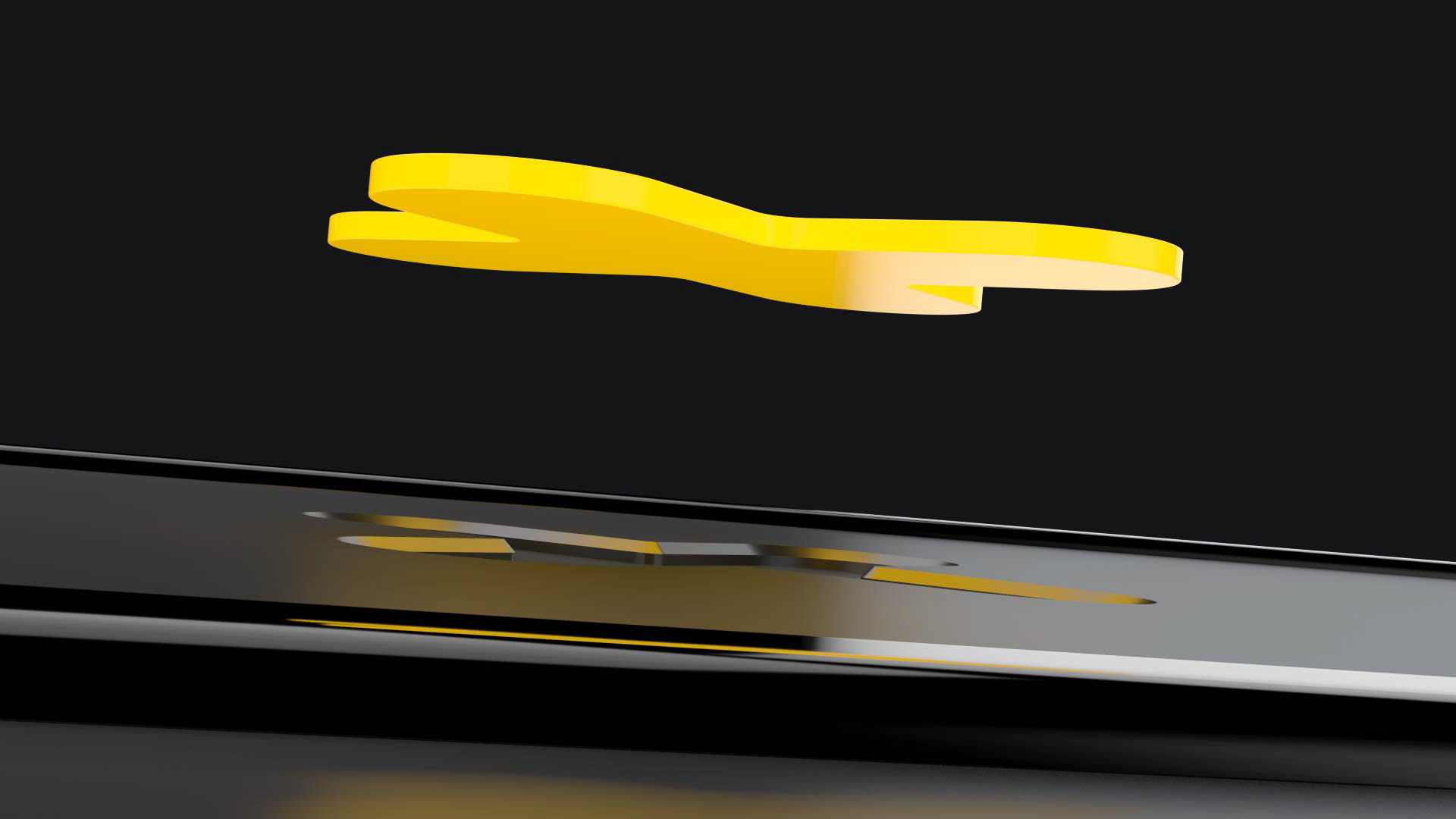 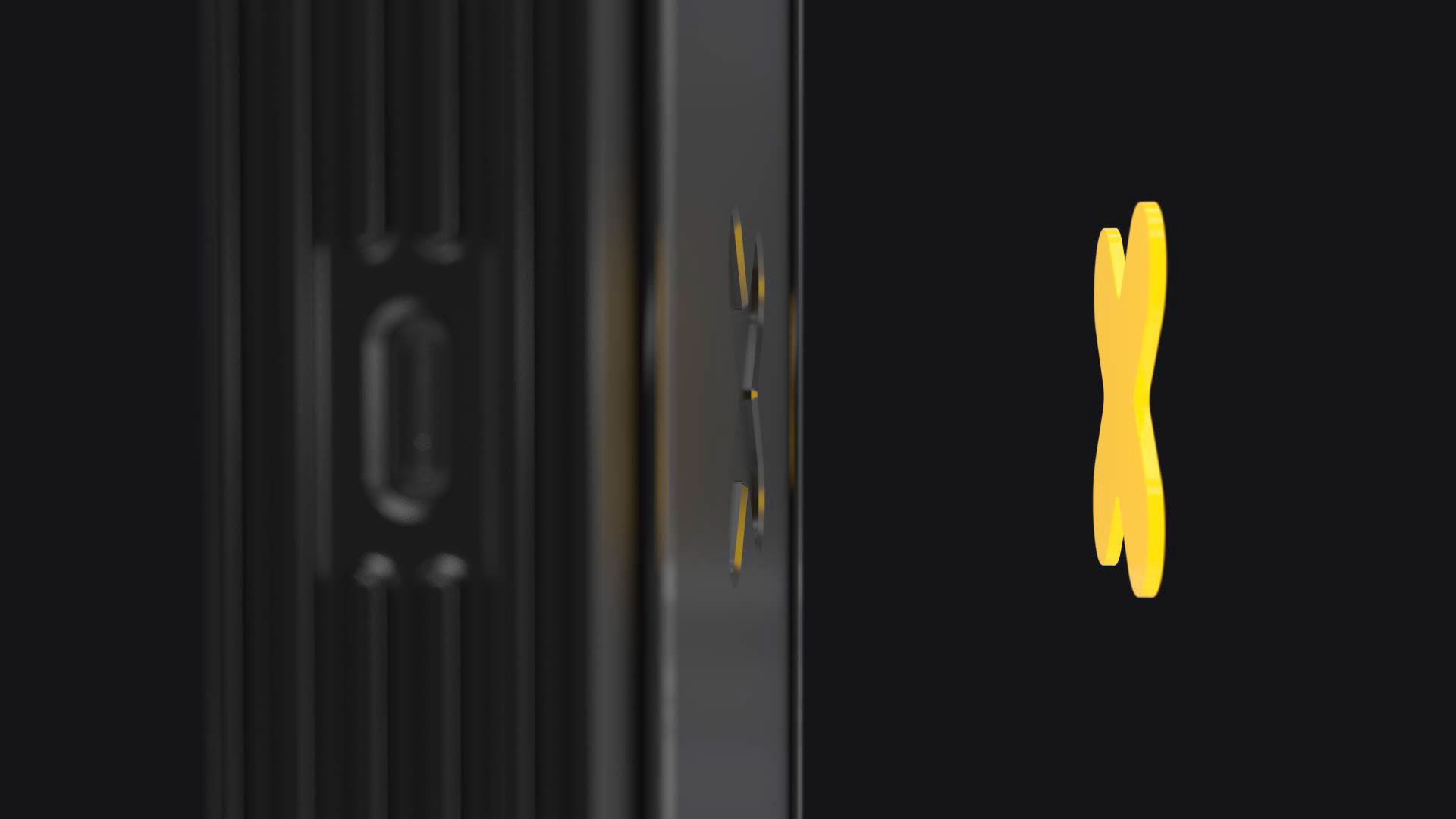 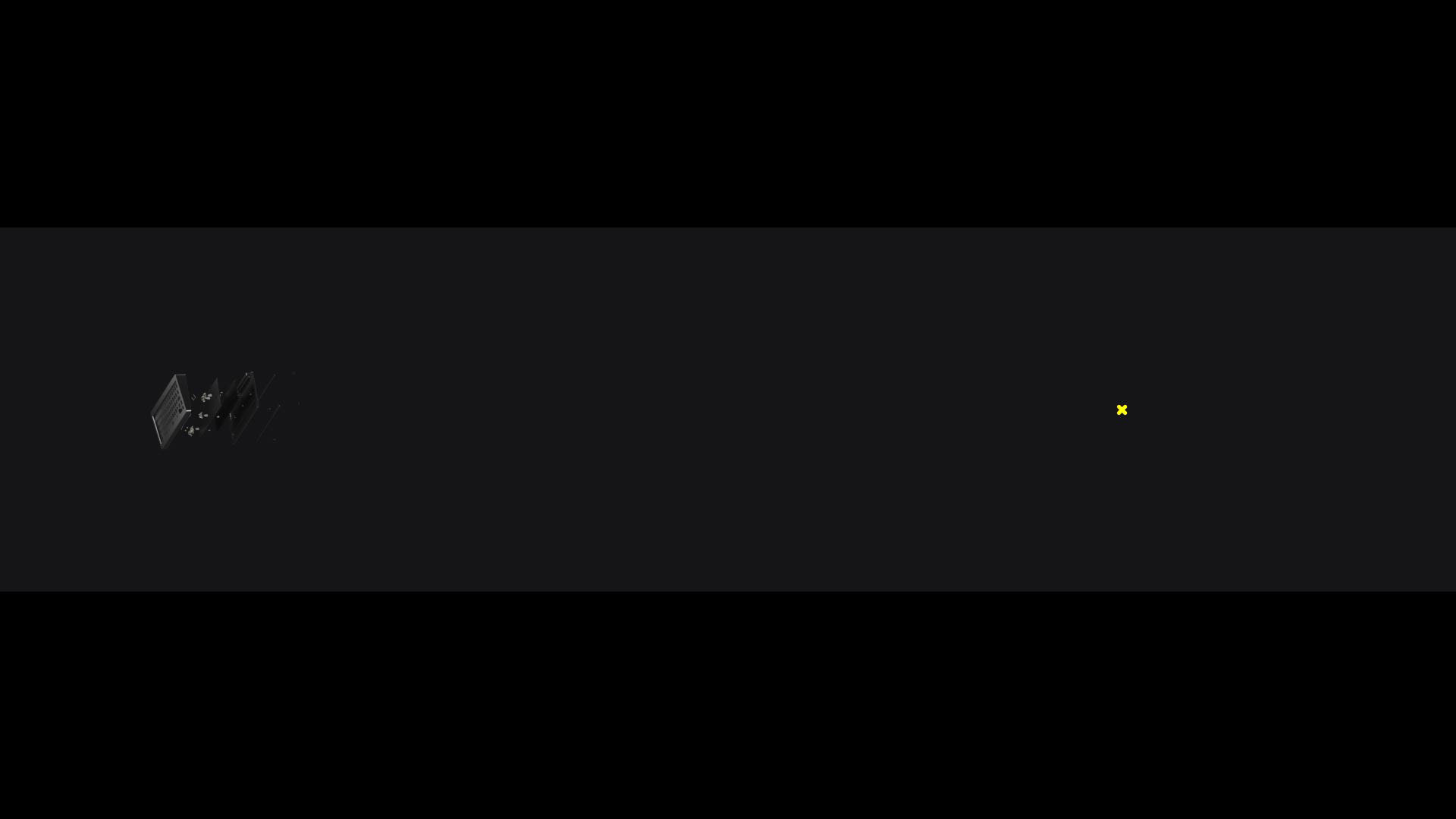 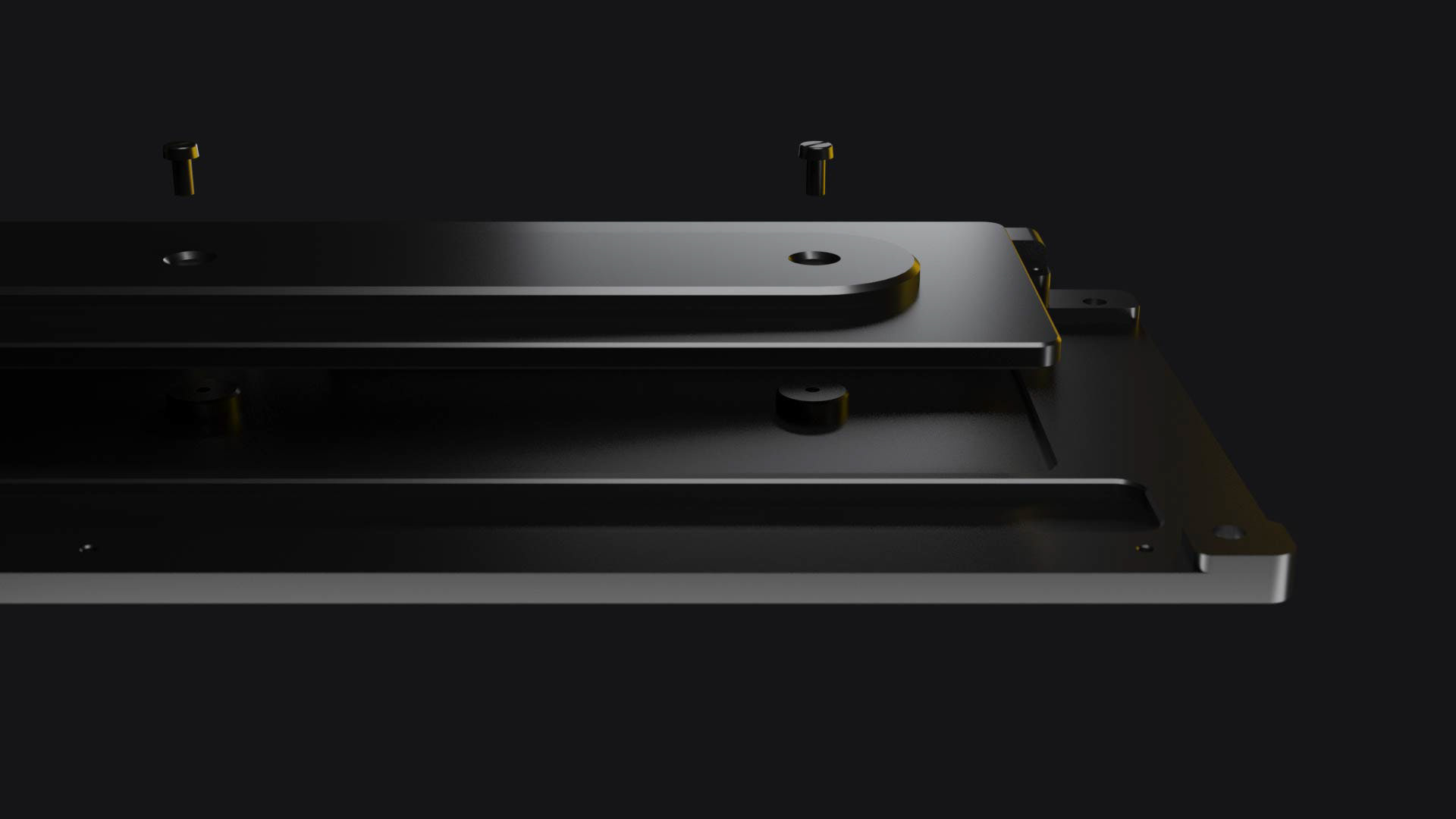 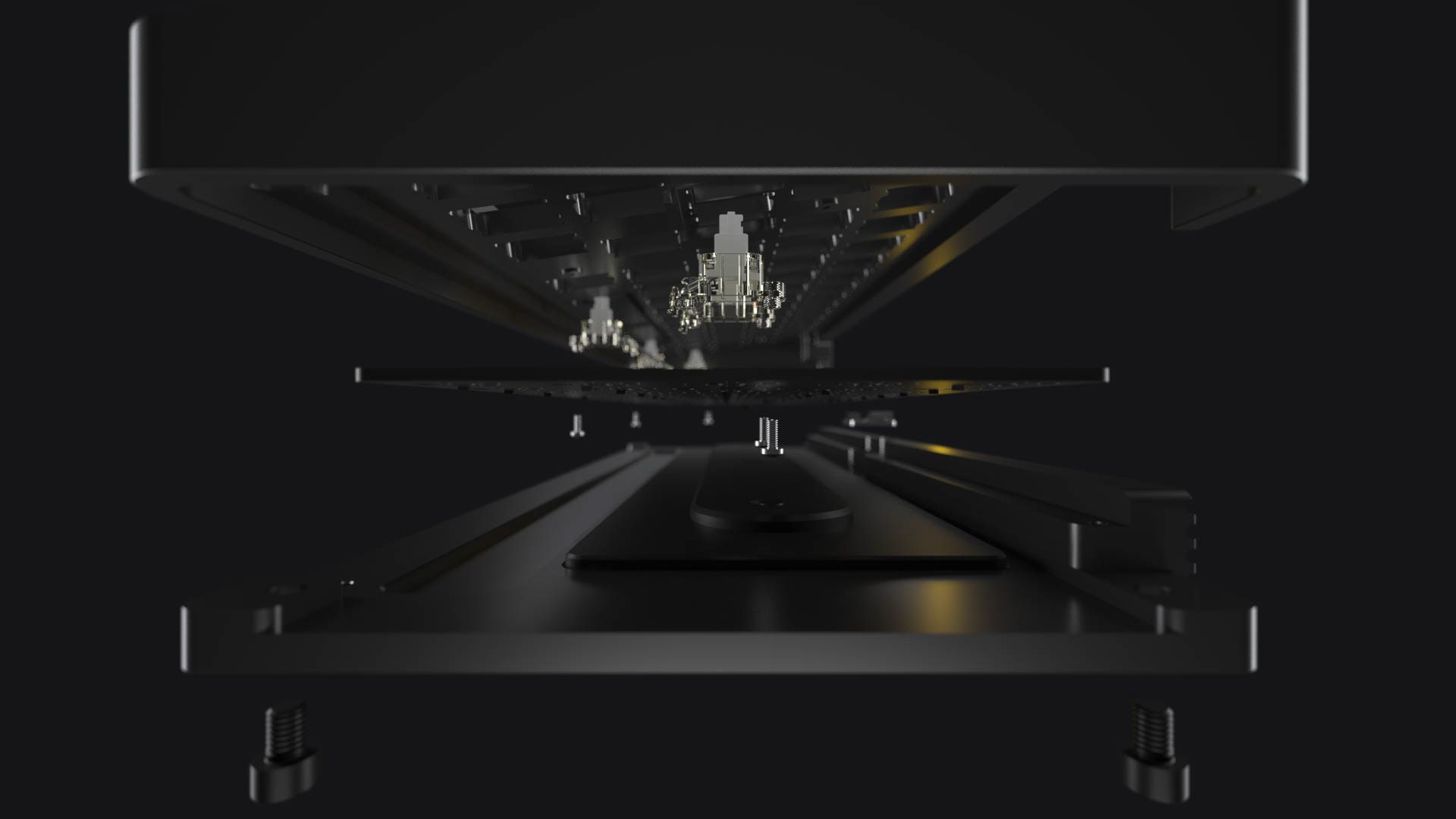 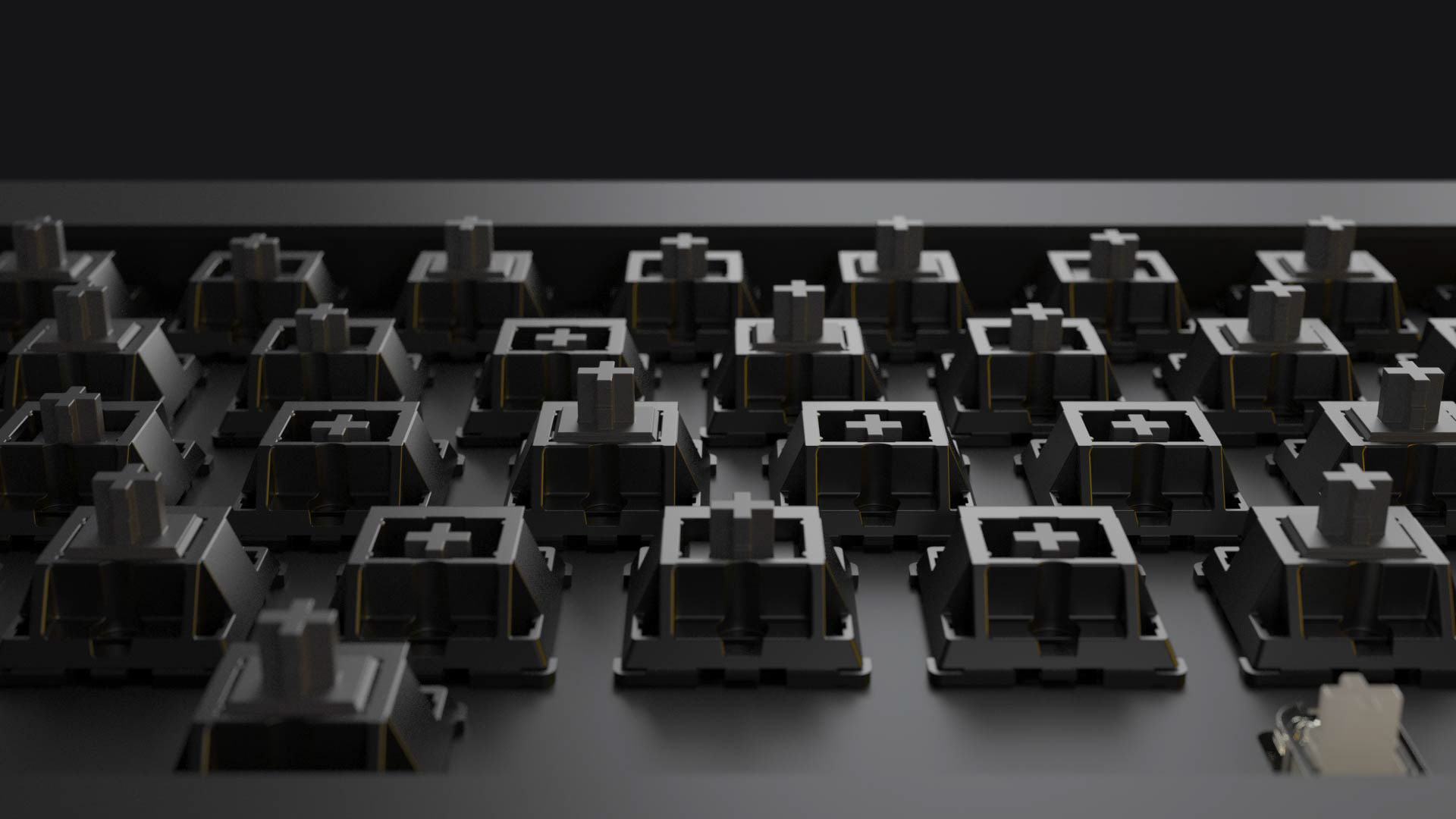 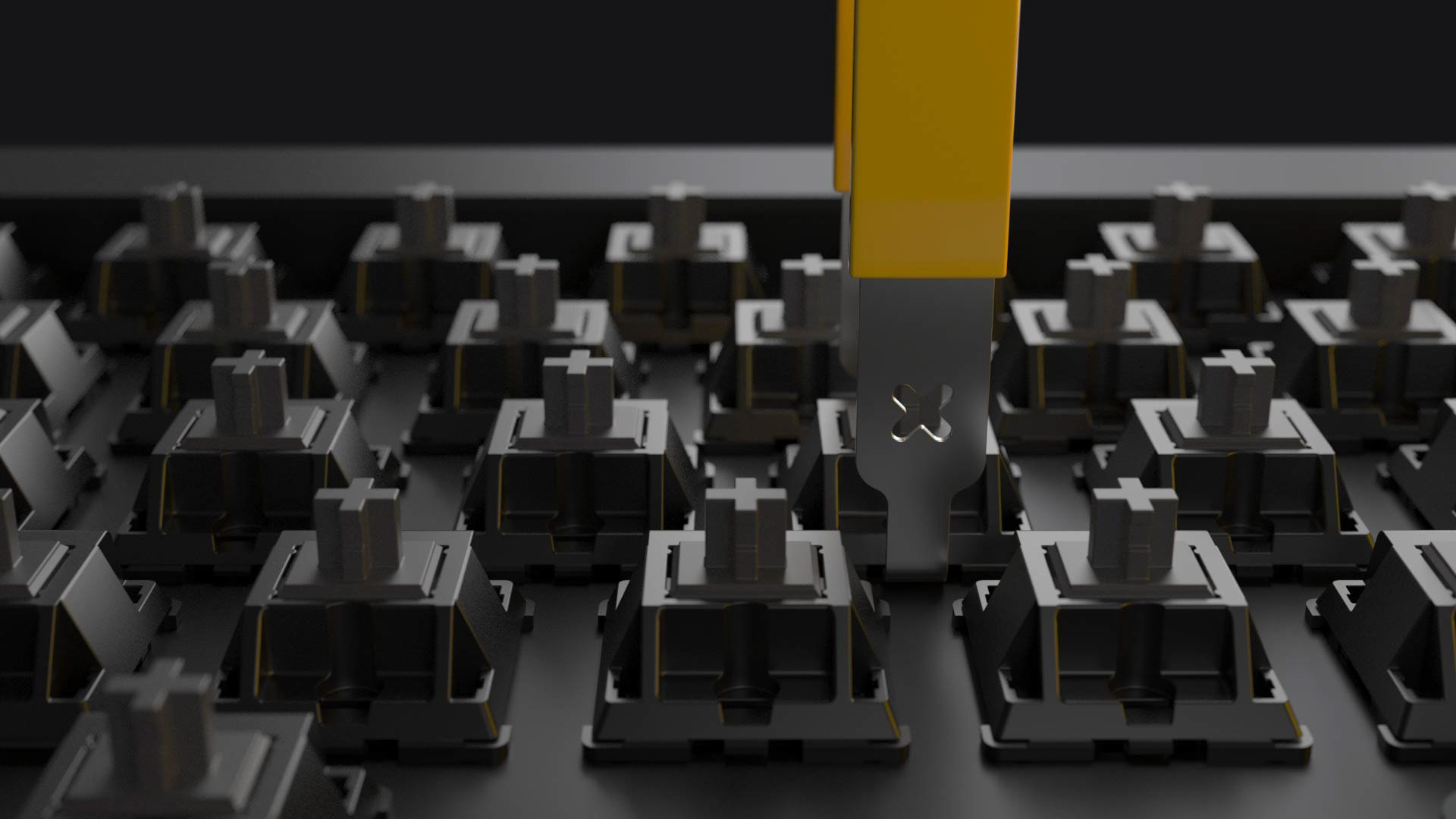 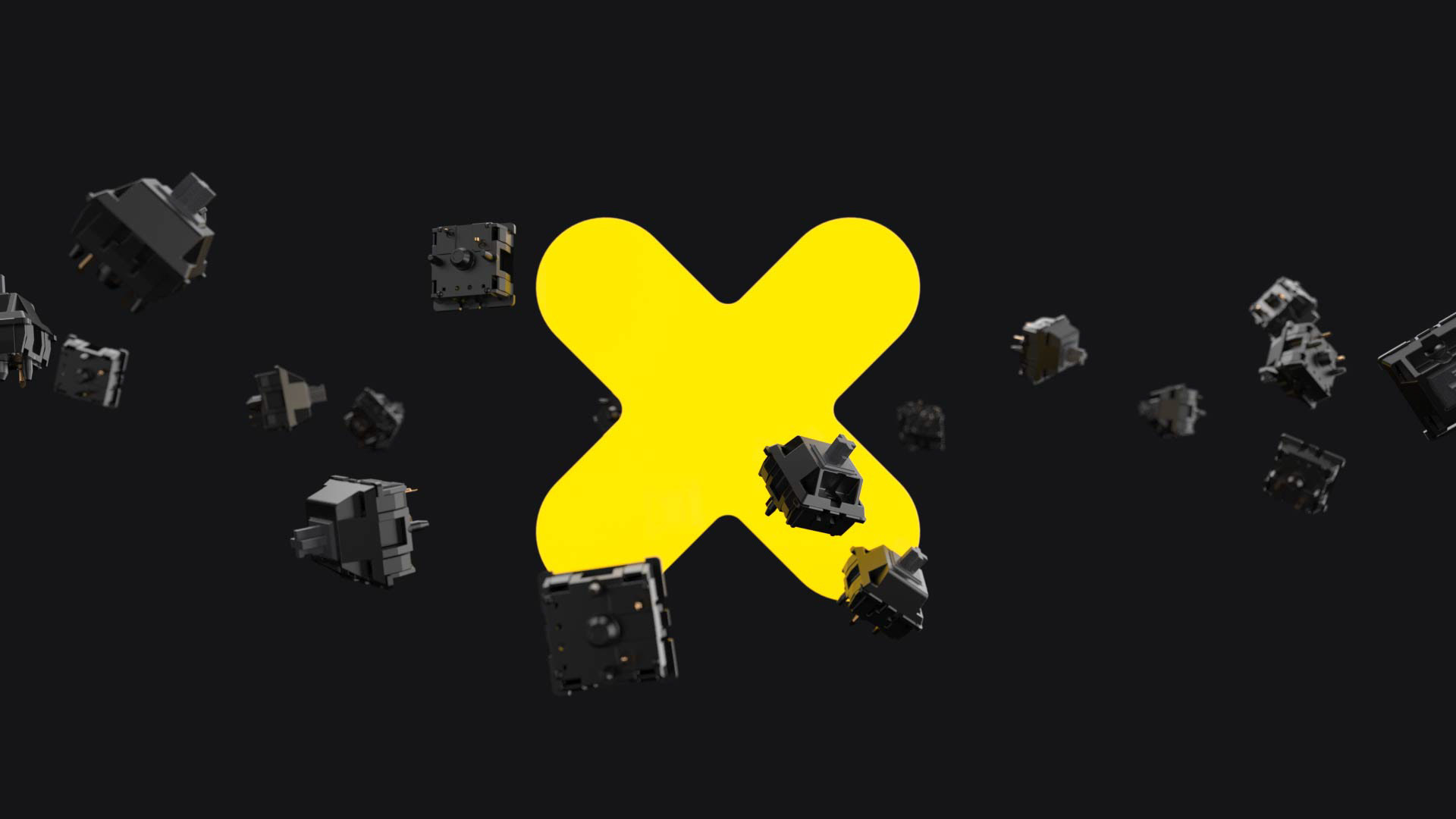 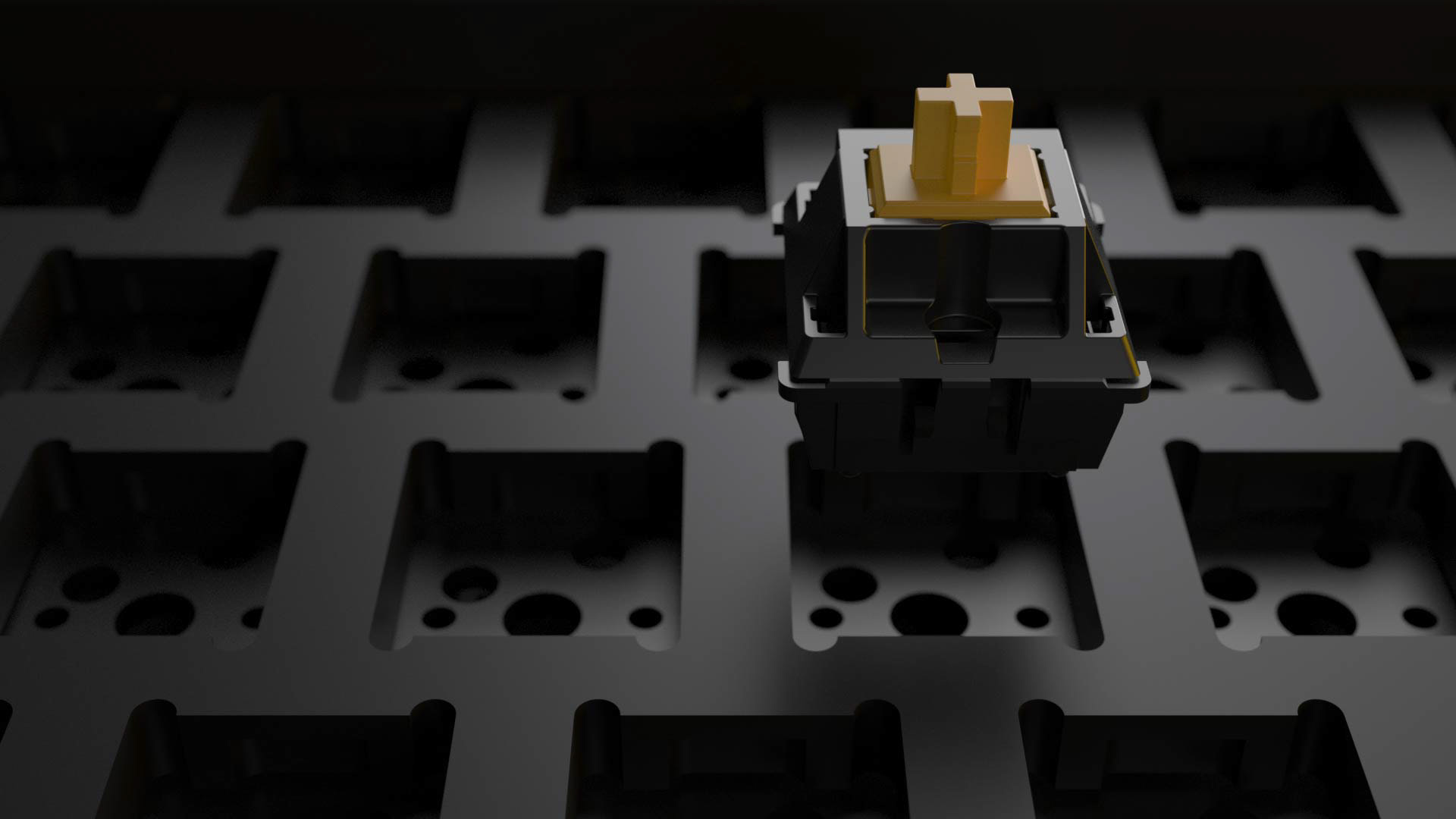 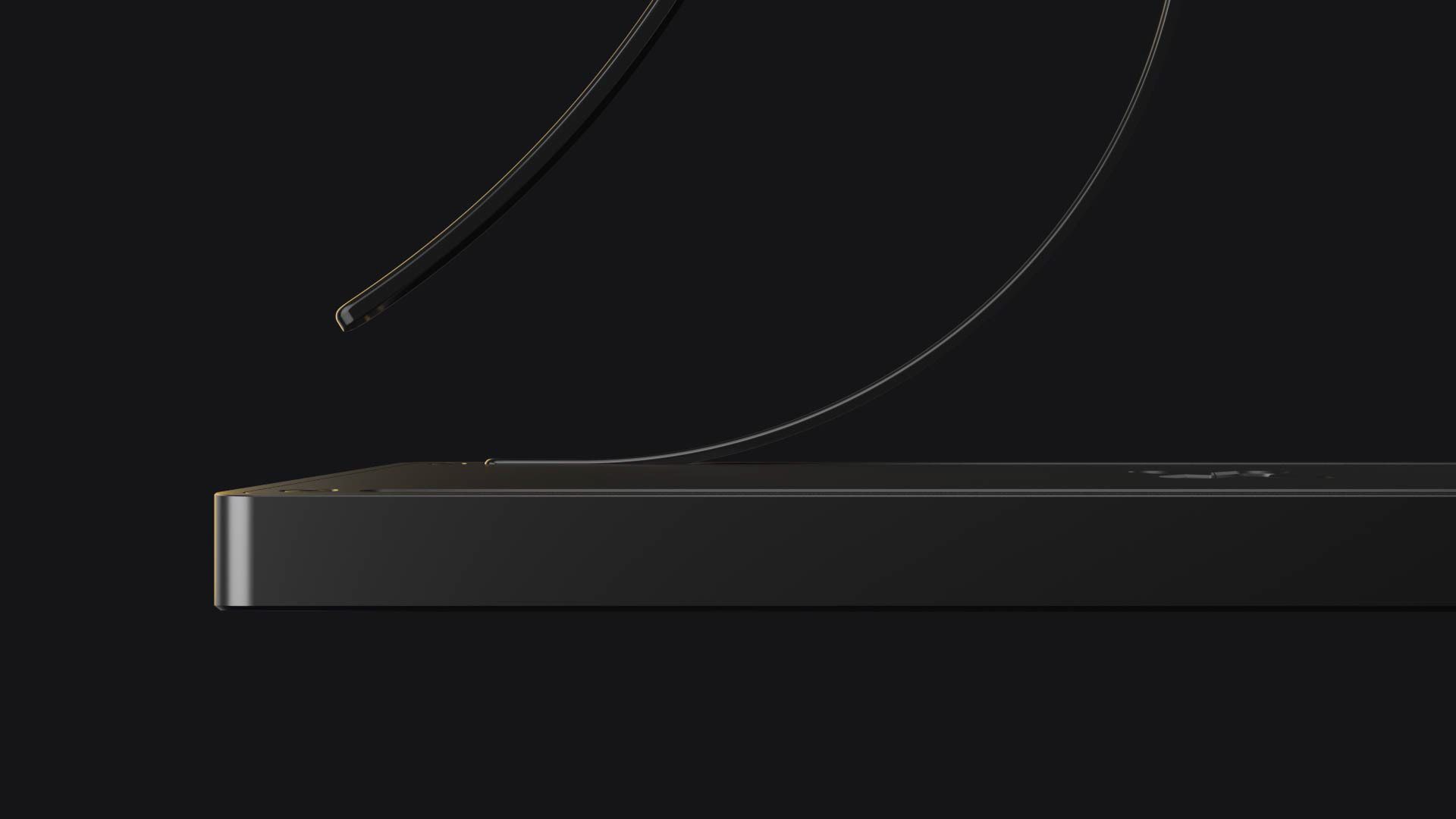 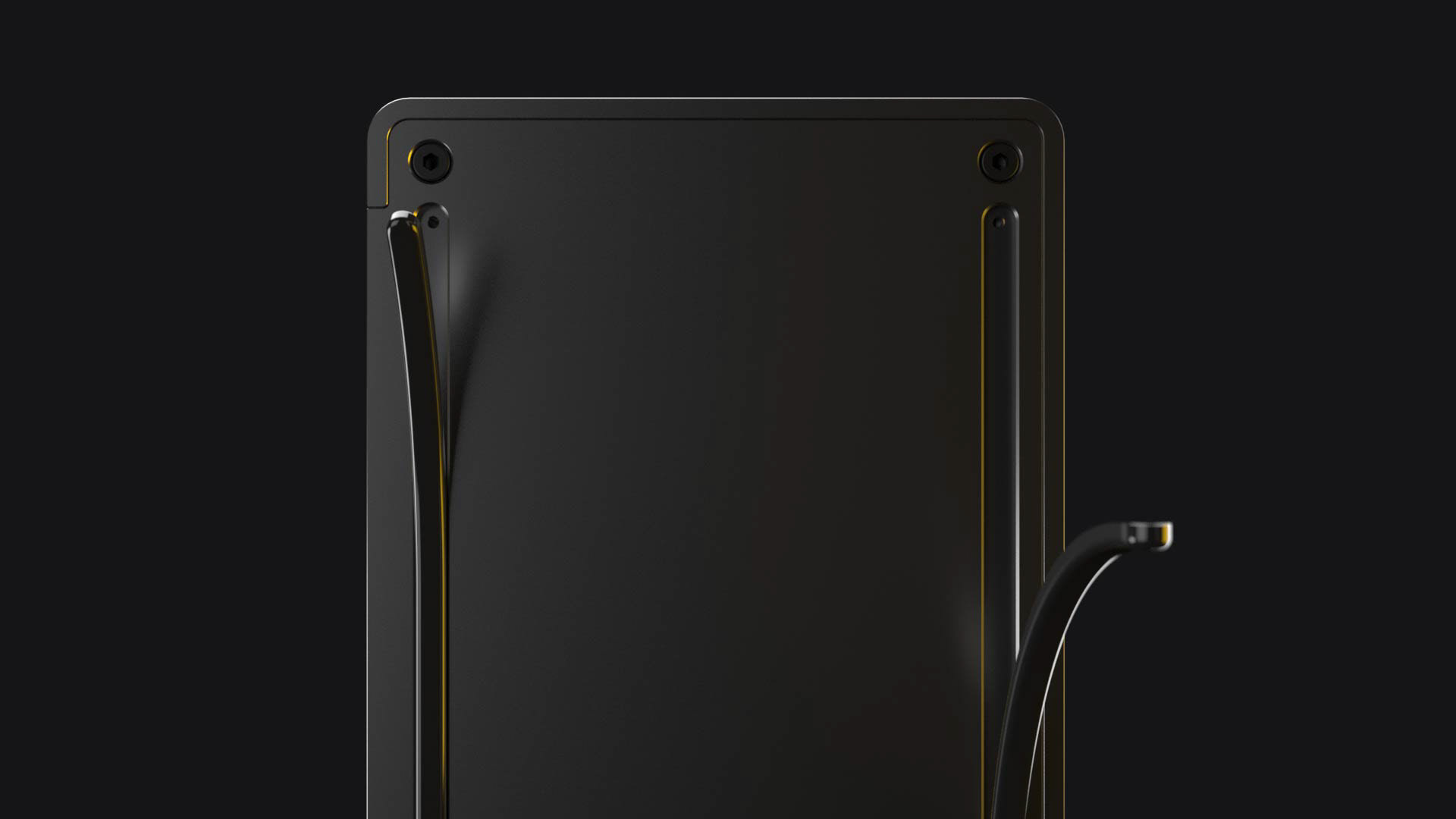 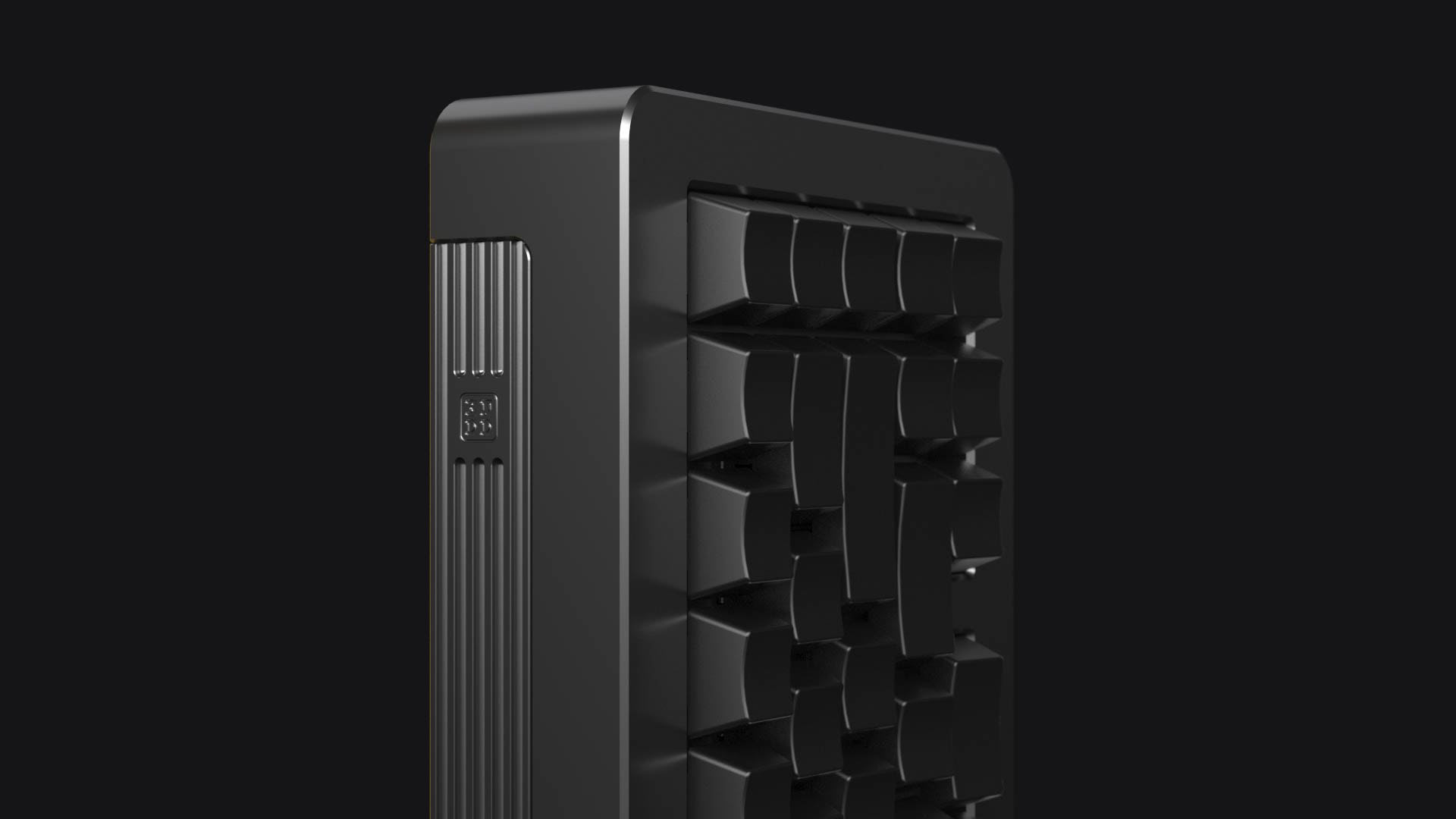 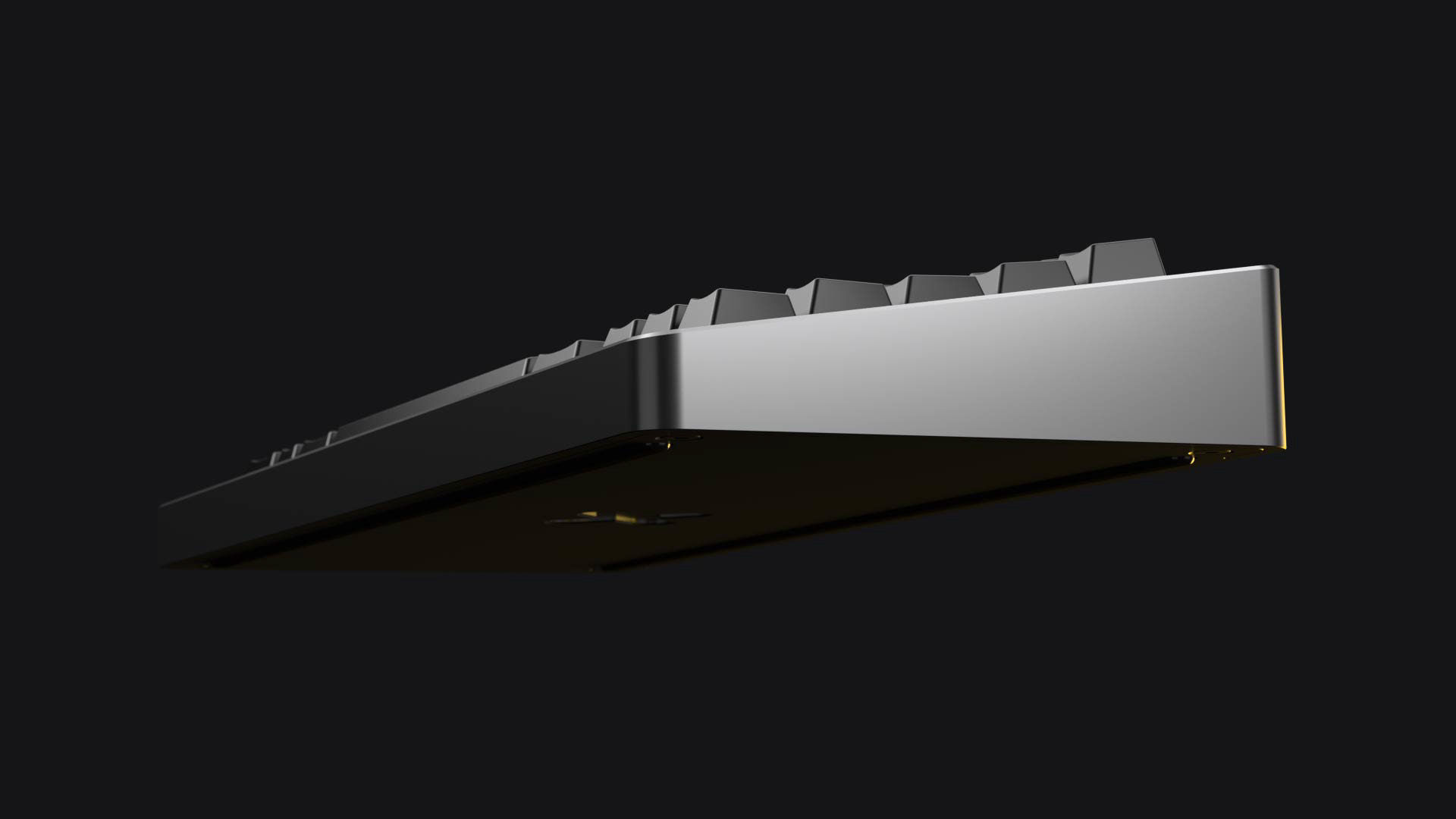 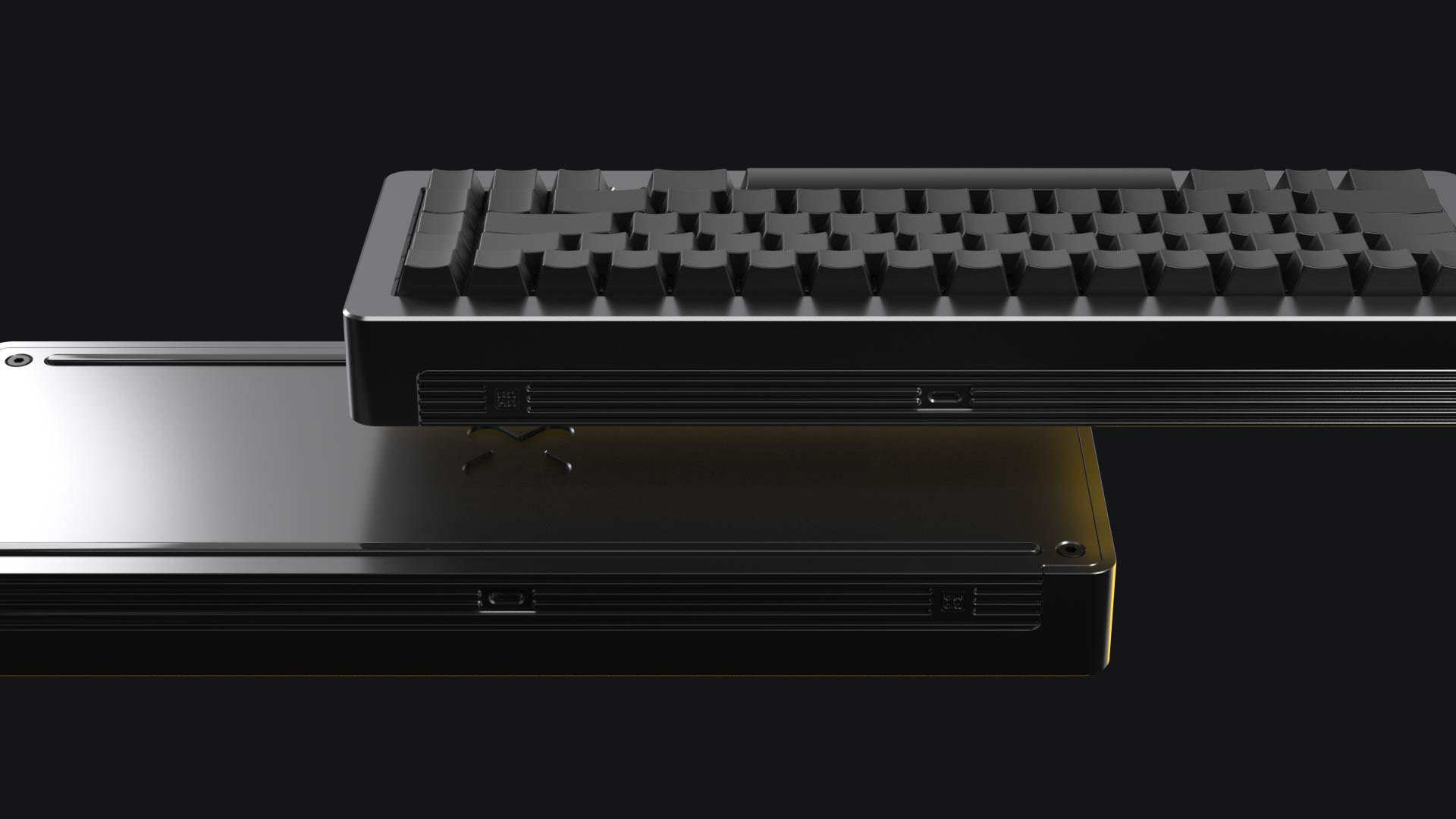 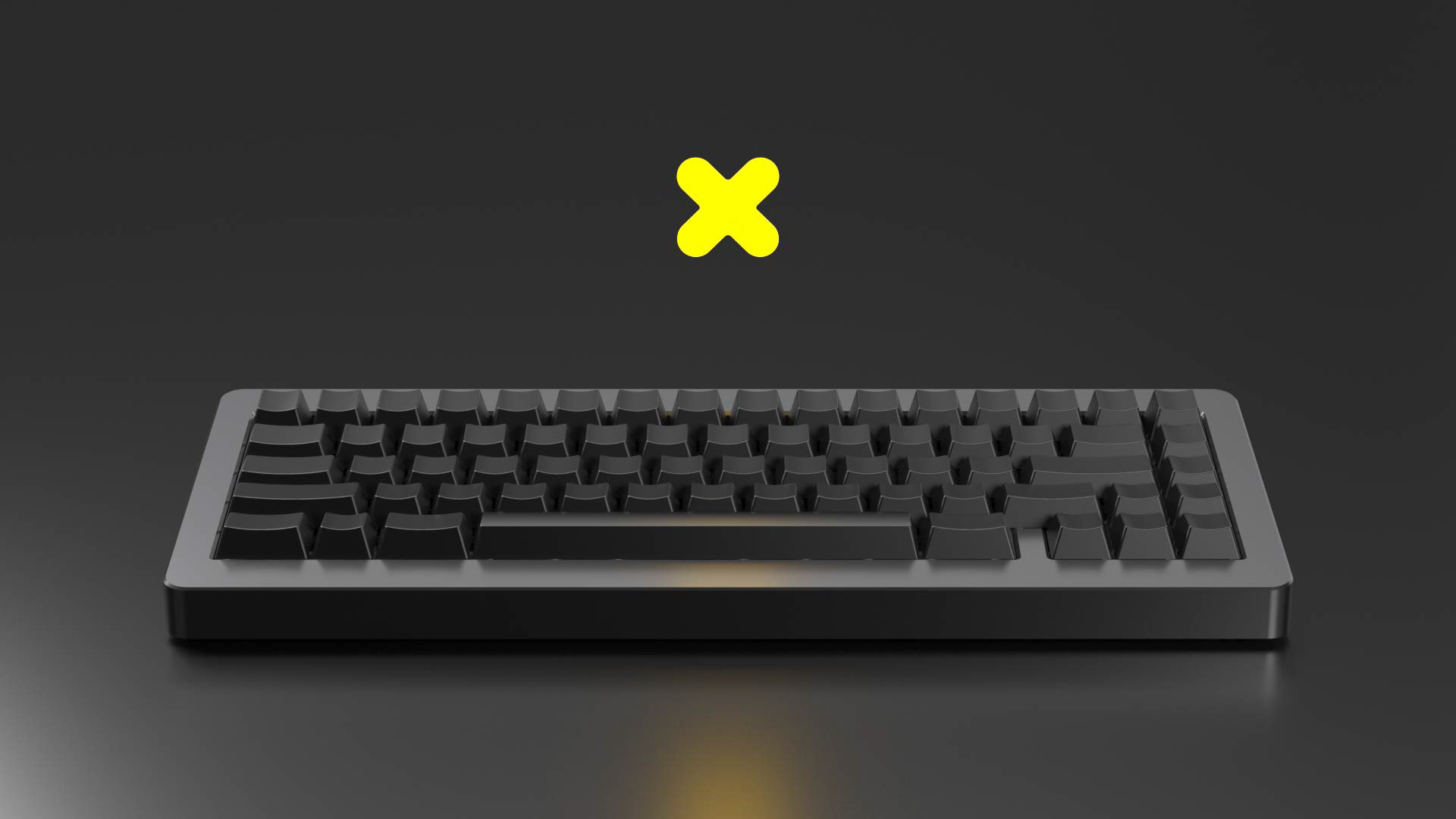 One of the important features of all the latest Rama Works products is 'solderless switches.' Until this year, if you wanted to make a custom keyboard, you needed to know how to solder. Rama Works products are some of the first to add Kailh's "Hot Swap" sockets, which allow you to simply pull the switches out—no soldering skills required. To show off this feature, I put myself in the mind of Rama Works lead designer, Rama himself. I created a switch puller tool that I could imagine Rama making in the future. Since releasing the trailer, they have received so much positive feedback on the tool, that it's likely going to see it's own release sometime in the future.

The part I'm most happy with, is definitely the scene where switches have been pulled from the keyboard, and they are floating up past the 'X' element. It reintroduces the X at the perfect moment, just when you've put it out of your mind. From a narrative standpoint, I imagine the X personifies the interaction between positive and negative space, and adds perspicacity to the overall trailer.

Still from the final trailer

As a mechanical keyboard enthusiast myself, I get asked the same question a lot; "why?" Why spend so much time and money making something that you could buy for five dollars? For me, a common saying sums it up nicely; "spend your money where you spend your time." A keyboard is not just a tool, but it's our point of communication with these machines we spend so much time with. It's a tactile experience that you probably take for granted. Until you've spent a day using a mechanical keyboard, you might not understand—but they're worth it. It's also just a fun hobby, with a great community of enthusiasts behind it.
Agency: Flavor
Creative Director: Todd Hersey
Producer: James Henry
Design, Animation: Todd Hersey
Compositing: Todd Hersey, Keith Slawinski
Audio Post Production: Another Country Detroit
Composer: Joe Philips
Sound Design: Joe Philips, Jeremy Schemm
Mixing Engineer: Jeremy Schemm